Airports in Ireland During Personnel Shortage

The World Fuel Trip Support Team has gathered information relating to airport operations during the personnel shortage in Ireland, and is updating this article as information changes. Below is the latest information.

If you have any questions, email us at [email protected].

Airport Updates During the Personnel Shortage

Below is information on the current status of operations and restrictions.

Dublin Airport had to deal with an increase in travelers after the COVID requirements from the US were lifted. Long queues for security and check-in desk as a result. General travelers were trying to bypass the long lines by using the Platinum service at Dublin airport, which is also a mandatory service for GA passengers. This resulted in delays for GA passengers and flights. World Fuel Trip Support met with the Platinum service and learned that a stop was put on the general public using the Platinum service, and more staff has been hired to handle GA traffic. Pax traveled smoothly through the Platinum lounges during the World Fuel Trip Support team’s visit. Landside access to the Platinum facility seems accessible for the general public, which could be a concern for those high-profile VIP pax using the facility. Dublin Airport has indicated moving all GA traffic to the west side of the airport, where there are currently no facilities like a lavatory. The West side of the airport is also lacking any fuel infrastructure. So fuel trucks need to be driven to the airport to fuel at the Western apron; this can take up to one hour, depending on landing traffic. But nothing is set in stone yet.

Signature Flight Support:
Crew lounges are available in the Signature building, with a coffee/tea corner, couches, and computers for admin purposes. The pax lounges of Platinum will be used as this is mandatory for GA pax.

Platinum:
It functions as a GAT almost with several high-end pax lounges, which can be divided or combined depending on the group. Mandatory to use for all GA pax and those commercial pax that want to pre-clear for US-bound flights. C and I facilities are in-house.
Alliance flight support is thinking about turning their hangar on the West side of the airport into a full-size FBO, but they will first take delivery of a customer’s plane and manage that to find out the feasibility of the plans. 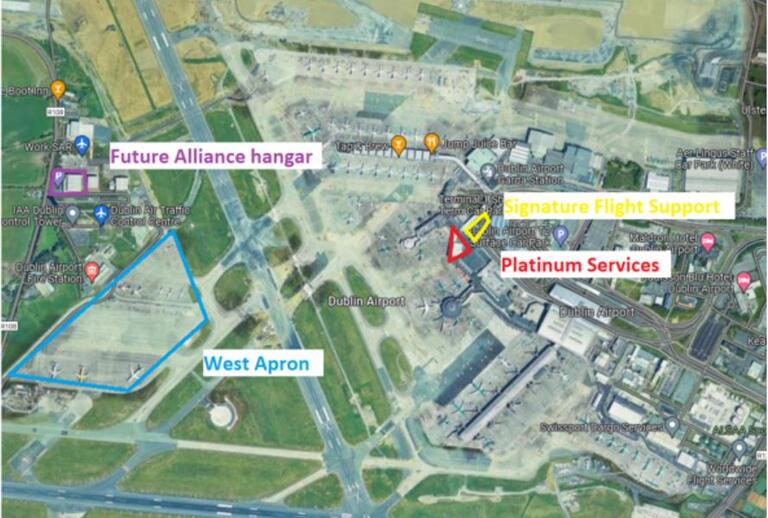 The problems with finding enough people have less affected Shannon Airport. The staff that handles the US preclearance had to be downsized during the COVID pandemic but is now up to total capacity again. Shannon suffers from the increase in labor and oil prices, so taxis are generally more expensive than before. The airport is very supportive of general aviation traffic and has planned to build a new GAT-like terminal in the future. The airport is very secure and has inside the airport premises and taxiway secured with extra fences for parking Government related flights. C and I all through the main terminal, which is a swift and secure operation.

Signature Flight Support:
On a 30-second drive from the main terminal, Signature has a facility with a crew and pax lounges. PC’s for crew and coffee corner.

Alliance Flight Support:
On the ground floor of the main terminal are the offices of Alliance flight support located, mainly focused on government flights but wants to target GA traffic in the future. 2 lounges, a bathroom, and a shower, plus a conference room for pax and crew.

Cork Airport is the least affected by the pandemic by the look of it. Smallest airport with little to no restrictions. No US preclearance like the other two airports I visited. C and I clearance through the main terminal but very well organized and particular lane and assistance for pax.

Weston Aviation :
Small building with a hangar attached. The hangar can be used for customers—the building hosts a crew and pax lounge with couches and coffee and tea facilities. The facility will be refurbished in Q4 of 2022. Weston's team has an excellent relationship with the airport and can get a lot done. C and I procedure through the main terminal. But a particular lane is available, and the airport is helpful if pax wants privacy.

Swissport:
Is using the available airport lounge for pax and crew. Not recommended. 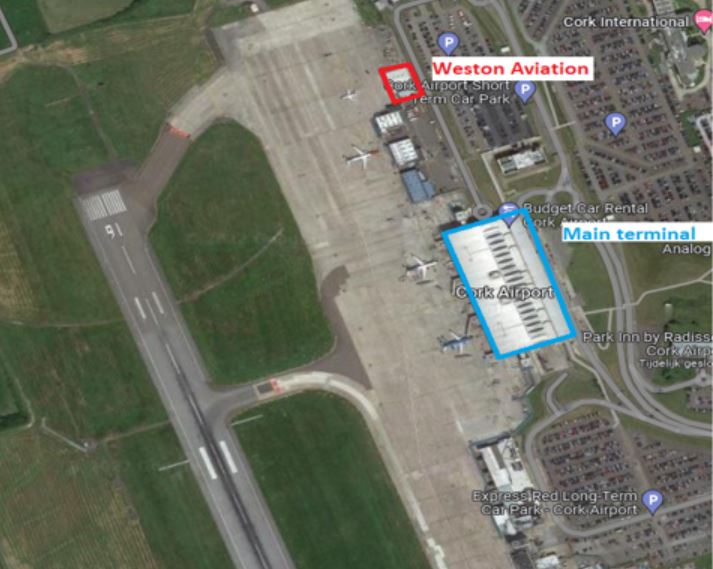 Get the Facts on CORSIA