The browser you are using is not supported

Though you can continue, some elements of the application may not function as expected

Learn about the browser we support

I want to continue I want to update my browser

Traveling to Latin America During COVID-19

Mario Patino, our trip support specialist in Mexico, has put together these resources to help you with your travels. While we always make every effort to provide you the latest information, we strongly recommend in contacting World Fuel Trip Support regarding your specific operation.

With tourism being prominent in various parts of Mexico, we have seen many trips continue to San Jose del Cabo, Puerto Vallarta, and Cancun, even as it is only supposed to authorize essential travels. Mexico has been characterized as one of the two countries in North America that did not close its airport infrastructure.

Due to the pandemic, the travel documents, i.e., for crews, their medical exams are one of many papers expiring during this time. The different Civil Aviation Authorities have realized that it is imperative to maintain the crew personnel to perform their duties.

Mexico has a new agreement to keep the aircrew licenses and medicals valid until the end of the year 2020.

Gathering the information and documents related to the COVID-19 pandemic is difficult and changes from country to country. Through our experience, we found the various ways countries and authorities present this information through the Health, Foreign affairs, and Civil Aviation Authorities on their respective web sites:

When you plan your next trip, please ask our team to obtain all these documents so we can cross check the accuracy with the local handlers. 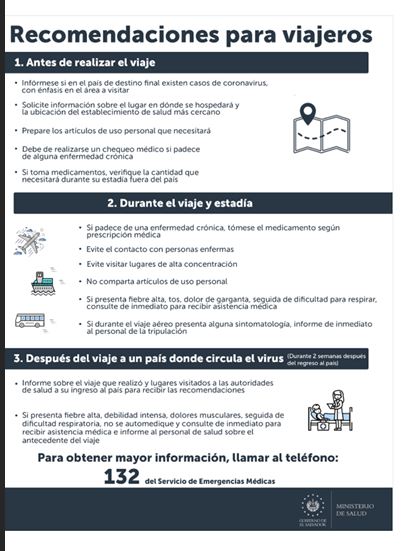 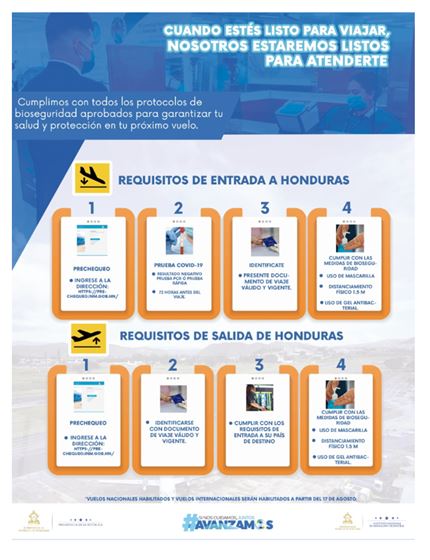 When planning a trip, consider the delay in obtaining the permits such as overflights, landing permits, etc.

Many Civil Aviation Authorities are working from home, have reduced personnel at their respective offices, or even have reduced labor duty hours. It is essential to keep this in mind when trying to obtain permits in a timely manner.

Some countries are already beginning to open their general aviation flight operations under international health protocols such as:

Upon arrival, when passengers disembark, most countries now take their temperature and ask for the questionnaires or download the questionnaires online in advance, fulfill and submit it before boarding the flight. Almost in most countries, crews are exempt from taking the test, but given the changing circumstances, it is always good to double-check with the trip support team.

Finally, most countries have developed a system for ranking countries by areas of low risk, medium risk, and high risk. This system must be considered when planning the flight to a country we are located within that system. This will determine the considerations and procedures to be followed by crews and passengers.

The country already has 738,163 positive cases and 77,163 deaths from coronavirus. It is on the list of 10 countries with the most deaths from COVID-19. It is the third country most affected by the pandemic in America, after the United States and Brazil.

The government of Andrés Manuel López Obrador did not impose a mandatory quarantine for fear of the economic impact on the country. However, it did suspend non-essential activities and applied isolation measures that ended on May 31.

To advance the lack of definition, Mexico has launched a four-color traffic light that will determine the pandemic's intensity in each state.

At first, Central American countries reacted very differently to the pandemic. Perhaps the two extremes of this region have been El Salvador and Nicaragua. In March, the Salvadoran President, Nayib Bukele, decreed a quarantine throughout the territory. Since then, hundreds of people have been detained and transferred to containment centers for violating the restrictions. The country faces a stage of high contagion with 28,981 positive cases and 839 deaths.

The Nicaraguan Government promoted events and public agglomerations from the beginning of the health crisis, ordered health personnel not to wear protective clothing at the beginning of the outbreak, and has not carried out a massive sampling to determine the dimension of the COVID-19. President Daniel Ortega finally announced some prevention measures. The Government has recognized that there are 5,170 infections in the country and 151 deaths from COVID-19. Various organizations criticize Ortega's lack of transparency, who minimized the epidemic and has dared to say that he has "controlled" the virus.

The health emergency declared by COVID-19 has hit the Caribbean countries' economies, highly dependent on tourism, hard. The Dominican Republic already has 111,900 infections, more than any other country in the Caribbean region, and 2,101 deaths from the virus.

Cuba, where there are 5,531 infections and 122 deaths, has relaxed restrictions on small businesses to stimulate the economy and has not imposed a strict quarantine. Still, there are no classes, and leisure centers are not open. It seems the epidemic is beginning to be under control on the island. The challenge now lies in the long queues that form in stores due to the shortage of food.

Get the Facts on CORSIA
General

Traveling to Brazil During COVID-19