The browser you are using is not supported

Though you can continue, some elements of the application may not function as expected

Learn about the browser we support

I want to continue I want to update my browser

Beginning on March 15, 2019, for Charter flights, and on March 30, 2019, for Private flights, Japan will begin requiring two new signed documents from operators wishing to conduct flights to 31 airports in the country.

Beginning on March 15, 2019, for Charter flights, and on March 30, 2019, for Private flights, Japan will begin requiring two new signed documents from operators wishing to conduct flights to 31 airports in the country. The first document is the Statement to Prevent Objects Falling off Airplanes and the second is the Memorandum of Agreement on Relief for Damage caused by Falling Objects from Aircraft.

These are operator specific documents and, once signed and submitted, they remain in effect until the operator makes a written request to annul them. A signed copy of the first document can be sent electronically to a qualified ground handling agent in Japan who will ensure it is filed with Ministry of Land, Infrastructure, Transport and Tourism (MLIT).

However, for the second document, an original signed version is required to be filed with MLIT and will need to be mailed. Some ground handlers are prepared to sign this document on the operators’ behalf if a representative of the operator signs a Power of Attorney allowing them to do so. This will alleviate waiting for the original document to be mailed which could potentially delay a trip.

Japan began taking actions in March 2018 to establish enhanced measures to prevent objects falling off airplanes that consists of various stakeholders such as airlines, maintenance organizations, and aircraft manufacturers.

These measures have been put into effect due to public outcry based on the rising number of objects falling from aircraft in Japan. Most notable were an incident in 2017 where a 4.3 kg panel fell from a commercial aircraft onto a car in Osaka, and an aircraft engine failure in Kumamoto that sent more than 100 metallic fragments onto the ground, houses, and cars. 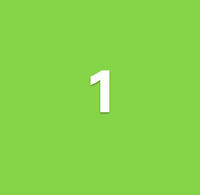 Security level 1: Crime and infrequent demonstrations are the primary security concerns for travelers to Japan. North Korean missile launches and nuclear tests have the potential to affect the security environment. The threat of terrorist attack in Japan is low, but concerns have increased regarding the terrorist presence across Asia in general. Natural disasters, including tropical cyclones and seismic activiy, regularly occur in Japan. 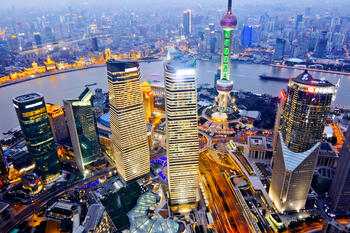 World Fuel's Shanghai office is a full service sales and trip support office, with staff who manage customers based across the APAC region with particular focus on those based in China. This office is staffed with local aviation professionals who speak multiple Chinese dialects and English. Their first-hand knowledge of the region allows them to offer expert advice in operational logistics and regulatory requirements to help expedite and simplify operations.

Get the Facts on CORSIA
General

Traveling to Brazil During COVID-19
General